It’s something we always forget, but twice a year, the clocks change while we sleep. Have you ever wondered what the point of this is? Why do the clocks change? This article explains all and helps you ensure you take advantage of this strange phenomenon.

When Did We Start Changing Clocks?

Mechanical clocks have helped us keep track of time since the start of the 14th Century. However, at some point in history, we decided that this wasn’t serving us. So clocks began to be moved backwards or forward by an hour to accommodate changing levels of daylight.

Throughout history, more than 140 countries have tried this strategy. Today, just 40% of countries do it, including 48 US states and practically all of Europe.

The idea was initially proposed by none other than Founding Father Benjamin Franklin, in 1784. He was worried about the world running out of candles and wanted to encourage people to get up earlier to enjoy more natural light.

However, America and Europe didn’t start changing clocks until the beginning of the 20th Century. That shows how recent this change is in human history.

Okay, So When Do the Clocks Change?

The United States is already spread across six time zones, but they’ve made everything more complicated by changing the clocks. Arizona and Hawaii aside, the rest of the country switches between Standard Time in winter and Daylight Saving Time in summer.

On the second Sunday in March each year, Daylight Saving Time begins. This happens at 2:00 am when the clock skips an hour. This is why people refer to ‘losing an hour of sleep’. If you get up at the same time, then you’ll have slept for one hour less because of the time change.

This is made up for in November, though. On the first Sunday of the month, you essentially gain an hour of sleep when the clocks go backwards. This also happens at 2 am, meaning that different time zones change at different times.

Why Do the Clocks Change? What’s the Benefit?

This system isn’t simple, which raises the question of why do the clocks change at all? What’s the point? In a world where people are struggling to achieve a healthy sleep routine, you’d think messing with the clocks would only make things worse.

However, there are plenty of good reasons to keep this system in place. It helps us to deal with the changing amount of daylight and maintain a healthy and productive lifestyle.

Here are some of the reasons given in favour of changing the clocks:

Are There Any Arguments Against Changing the Clocks?

The European Union seems close to being done with this constant back and forth. Many at the top want to just pick a time and stick to it.

Those asking the question ‘why do the clocks change’ often cite the following downsides:

How to Limit Sleep Disturbance

There are many arguments for and against daylight saving but one thing is for certain: it’s here now and we have to deal with it. The debate has raged on for centuries, and countries can’t seem to agree on which solution is the best. All we can do is take control of our sleep cycles and make sure we get the best rest possible.

Here are some ways to limit sleep disturbance when the clocks change:

So, why do the clocks change? Theoretically, it’s to help you enjoy the benefits of the sun. Just don’t let it interfere with the equally important role of sleep. Follow the advice above to ensure you’re always well-rested and ready to live a healthy, productive, and happy life.

A Guide to Polyphenols: How to Use Them Effectively
Cookies 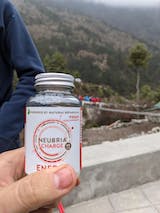